Hurrah...after nearly three years we have our wonderful lagoon back...complete with an Island in the middle which I have named Koh Nok......which means Bird Island in Thai.

I have stumbled upon a 'Thai Species Identification Help' group on Facebook and I am very grateful for the assistance they have given me in naming the various species of birds shown below. The superb bird photo's were taken by one of our current guests, Anna-Marie Claridge. 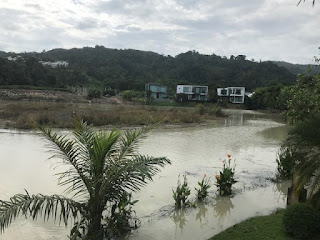 This year , 2019, I arrived in Phuket on November 5th to see that our once prized lagoon had completely vanished and had been replaced by a wilderness which had taken root on the silt whch had built up over the past two years. There is a major Government Dam project upstream plus a Floating Market replica village created by a Chinese Tourist Company...which I must visit soon and write about...and these two projects resulted in the disappearance of the lagoon. 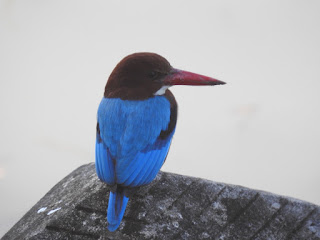 The difference now is truly amazing. 4 weeks of non-stop digger activity with three machines on the go for 10 hours a day and 7 days a week has resulted in the return of the Phuket Private Lagoon! This time, instead of a completely open lagoon,  an island has been created in the middle with an amazing amount of bird life already visiting and settling. The Island semi floods and is encouraging a range of wading birds from the nearby sea-shore along with various other colourful land based species. 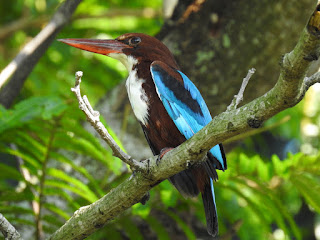 I am not a bird expert by any means but two seasons of skippering the Dorset Wildlife Trust's Fleet Explorer (the dory that local bass maestro Bill Noble made back  in 1995) has given me an interest in the subject. Many very knowledgeable Bird Watchers come on the Fleet Explorer for the hour's cruise along the Fleet up as far as the Bridging Camp at Wyke and I have been fortunate to benefit from their enthusiastic knowledge of the local bird life. 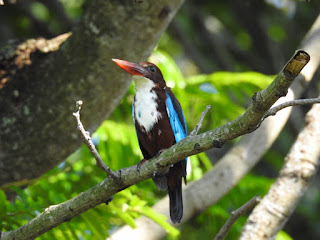 Staying with us right now for two weeks are Wayne and Anna-Marie Claridge, relations of that famous England EFSA Shore Competitor, Dave Lovelock. Anna is a very keen and talented photographer and both she and Wayne love wildlife in general and birds in particular. The Lagoon development couldn't have happened at a better time for Anna who is fascinated by the many different birds and is taking some wonderful photographs. It's a good job I was given a book of Thailand Birds by a guest a couple of years ago...it is proving very useful.

Here are some more of Anna's fantastic bird photographs.....all seen in the lagoon just behind the house. 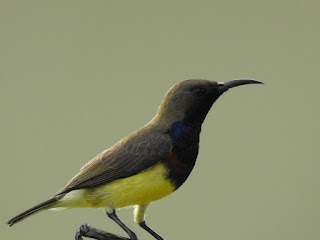 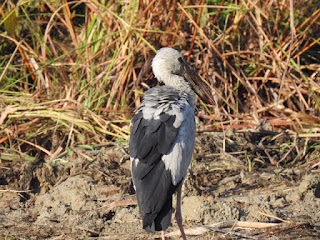 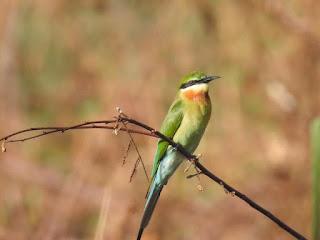 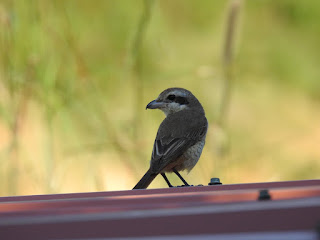 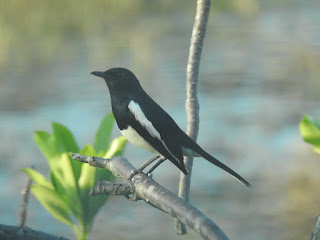 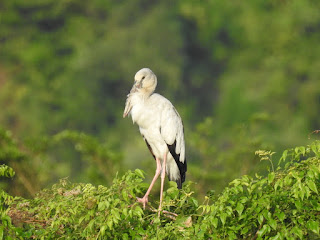 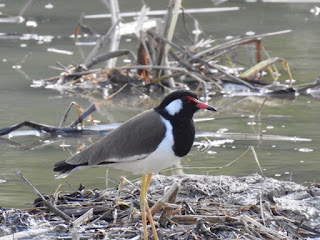 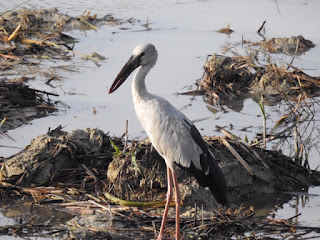 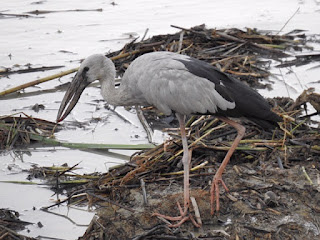 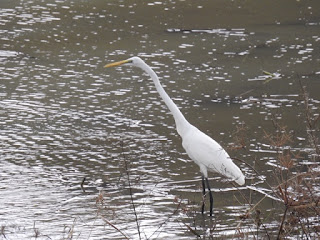 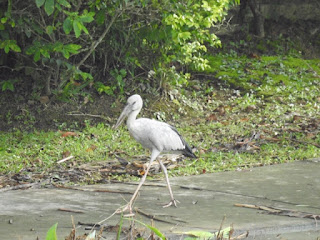 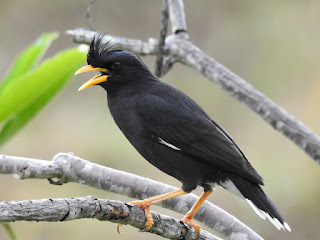 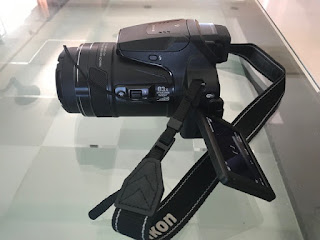 Anna is using a Nikkon Coolpix P9000 camera with a 24-2000 lens which give her a massive close-up to distance photographic range. This is a particulary highy rated camera and has gained rave reviews. It's about three years old now and the design hasn't been updated by Nikkon who must know they have created something special. It comes out at just under £500 which is pretty amazing especially when I recall the first digital camera I bought for my angling journalism work. That was back in 2004 and it cost £1,200. I wouldn't be able to give it away now as it is rubbish compared to today's cameras and Anna's in particular.
Posted by Offshore Rebel Fishing Adventures in Thailand at 00:28