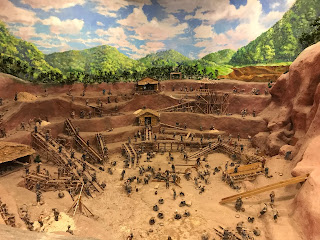 Today my current guests accompanied me to the Phuket Tin Mine Museum.

Museums are not popular places in Phuket and I have rarely seen anyone else wandering around this particular one when I have been there. The Thais can make some amazing places when the monetary backing is there but one gets the impression that Phuket's past history is not regarded with much worth. In fact, talking to many Thais over the years, they don't seem that concerned about their disappearing culture or Thai history in general.


The tin mine is set in what would have been very dense jungle and the road that leads there is currently light on traffic and scenically tranquil. This will soon change as massive building projects have started at the one end of the road.

Phuket's wealth was based on the rich tin deposits discovered here in the early 1800's. Wealthy Chinese mine owners brought in thousands of Chinese labourers to work the open cast mines. 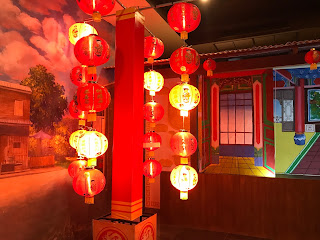 This explains why there is so much Chinese influence on the Island with many ornately beautiful shrines spread throughout the region.

The museum interior is all very much Chinese influenced as is the centre of the restored Phuket 'China' Town. 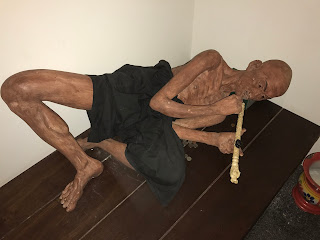 Many of Chinese labourers were opium smokers. The history of this time shows high death rates of the workers through disease, malnutrition and drug use. Not many prospered from this hard work and the harsh conditions....but the mine owners grew wealthy and their influence is still very much felt in Phuket today.  The vast swathes of land they purchased cheaply back then has become an incredibly valuable commodity today with the never ending over-development of an Island in which Money is God.

Posted by Offshore Rebel Fishing Adventures in Thailand at 00:26